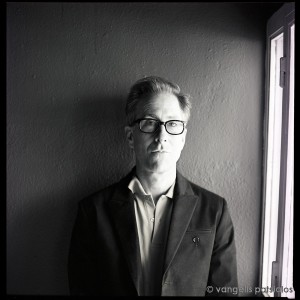 Daniel Presley is an American author and screenwriter, residing in the Netherlands and traveling everywhere.

His first film Populaire was released in over thirty-five countries. It won Best Narrative Feature at the San Francisco International Film Festival and Best First Feature at the COLCOA Festival.

His short fiction has appeared in The Literary Review, The Minnesota Review, Hunger Mountain, Wigleaf, Hobart, Drunken Boat, and elsewhere.

Atheneum (Simon & Schuster) published his first novel, A Whale in Paris, in May 2018.

His second film, The Translators, will be released in January 2020. He’s currently finishing another novel.